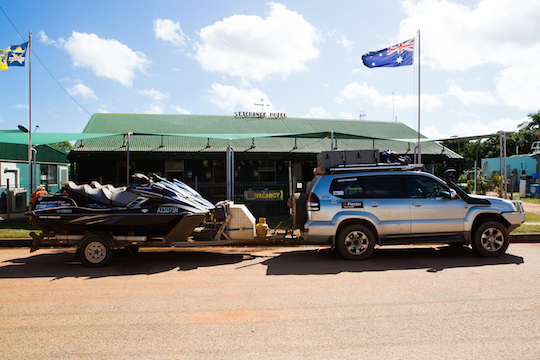 After dragging our tandem Jet Ski trailer from Sydney to Perth via the top end over four months, we decided we'd had enough of sleeping on the ground.  We took the skis into the Perth Yamaha dealer and agreed on a price and they transferred payment directly into our bank account.  We then set about looking for a camper trailer that would suit our needs from here on in.  We scouted a few re-sellers but kept coming back to the Black Series range of campers.  We knew we would be paying a price premium being on the west coast but there wasn't a great deal that could be done about it, so we swallowed the medicine and forked out $7000 for their base model Extreme Commando III which sells for $6,500 on the east coast.  The tent that came with the trailer was the same as the one used in all of the Black Series soft floor campers and all of the extras that the higher spec. trailers came equipped with were of little consequence to us, so we saved our money for food, fuel and beer and picked up the base model.  I believe that the Perth showroom has now closed so those of you on the west coast will need to head east to pick one up, the money you'll save on the 'delivery fee' that Black Series charged for the privilege of buying on the west coast will go a fair way to covering the cost home and what a way to get to know your new trailer! 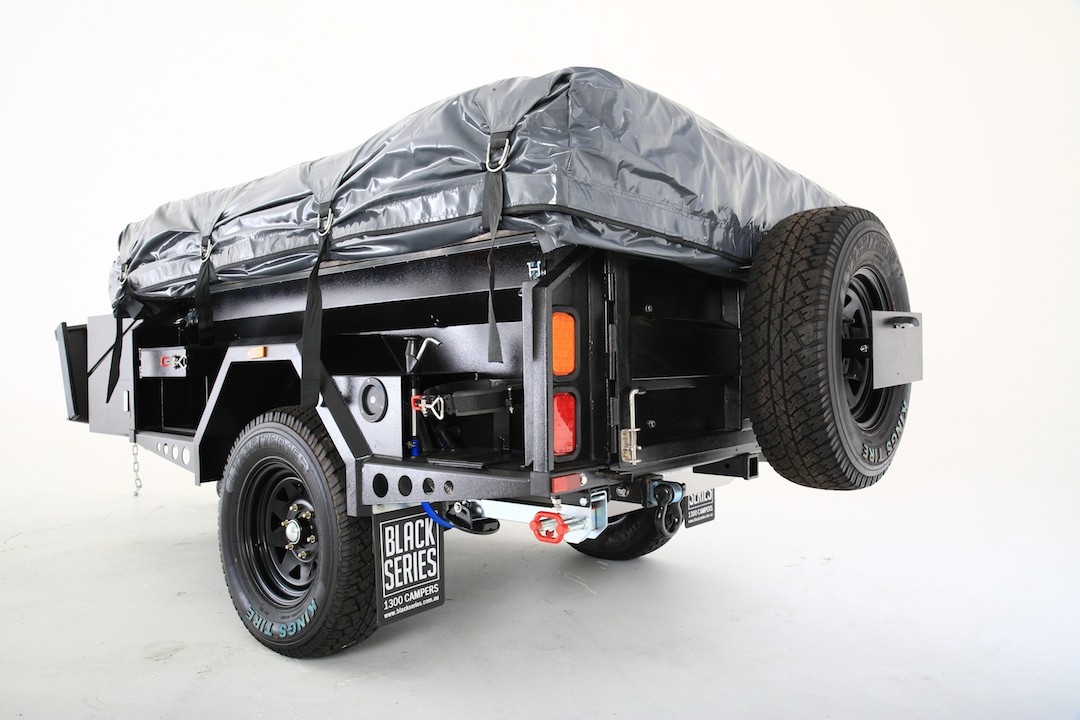 The trailer itself is effectively a 7'x4' box trailer with a swinging tailgate and few extras bolted in.  To start with, the sides of the trailer are higher than a standard box trailer at 500mm, which means you can use the extra height for gear stowage when on the move.  We ended up relocating two of our Rhino rooftop space cases in under the tent and they are 400mm high and we still had some clearance for sliding folding tables and the like in on top.  The hinged tailgate has a 'kitchen' unit mounted to which contains a sink with a hand pump style water tap, an under-sink cupboard with a hinged fold-down door and a fold-out shelf.  There is some bench space next to the sink and we used the fold-out shelf to put our Coleman Even Temp three-burner stove.  The 4kg gas bottle for which was kept on the left-hand side of the trailer, this allowed the gas hose from the cooktop to be connected without moving the bottle, handy.  There is another gas bottle holder on the right-hand side which held another 4kg bottle for our Webber BabyQ.  You have to remember to remove the bottle before setting the tent up though, it can be accessed through a zippered access flap if you forget but we just found it easier to get it out first.  Likewise, for the water carried in the right-hand side jerry can holder.  There is a matching holder on the left.  The trailer also has an 80-litre water tank mounted underneath the trailer aft of the leaf-sprung live axle.  There is a secondary hand-pumped tap on the left-hand side of the trailer with both taps being plumbed into the onboard water tank.  The tap on our sink unit never worked from day one and the plan is to change them over to electric taps at some point.  There is also a large storage box on the front drawbar of the trailer protected by a steel stone guard.  The trailer coupling is a nylon block style the allows full articulation in all directions, perfect for off-roading.  The Extreme Commando III also comes standard electric brakes. 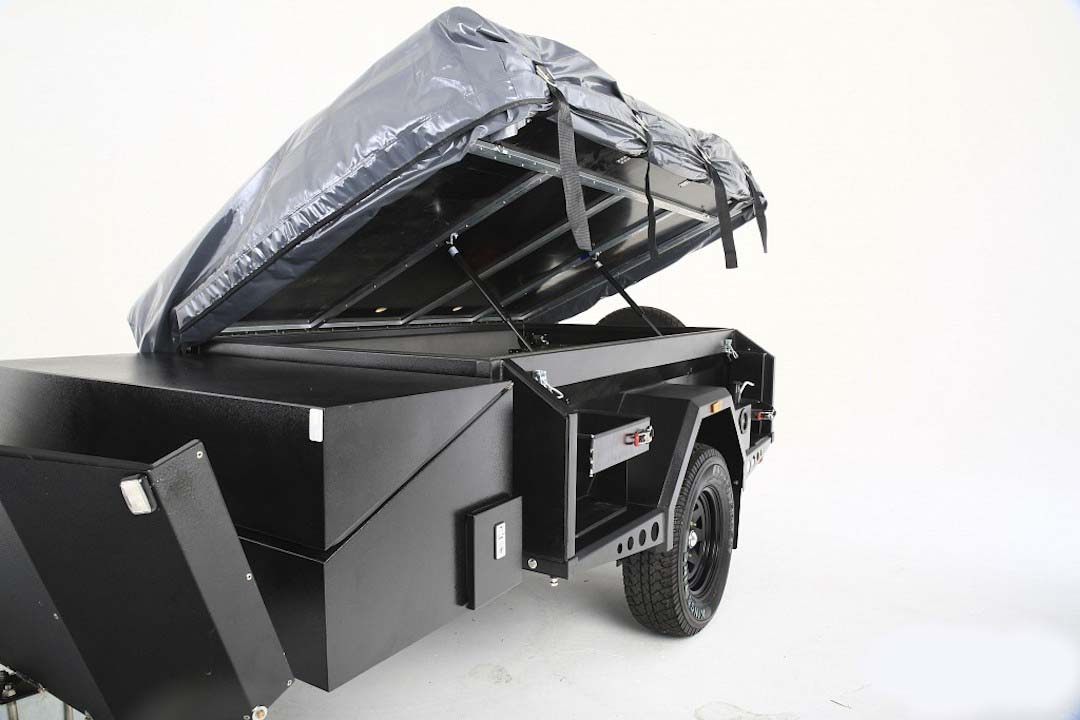 If you've got a few more bucks to spend the 'Sergeant' comes in at $1800.00 more than the Commando and for that, you get independent suspension with two shocks per side and a 12-volt power system which includes a 100Ah deep cycle battery.  Step up another $1000 to the 'Alpha' and you get the gas bottle and jerry can rack moved up to the drawbar.  This change allows the sides of the trailer to be closed in with locking hinged doors.  It looks much neater and it's great to be able to lock away some additional gear.  Both of these trailers are heavier than the Extreme Commando III at 1,000kg's and 1,100kgs respectively but you do get a slightly higher GVM at 1500 and 1600 kgs respectively.

There is an ongoing promotion on Black Series trailers where you get boat racks, a portable toilet, an outdoor cover and a range of other 'extras' that have been mentioned in the previous paragraph.  The advertised value is just shy of four grand for all of these freebies but I've been watching the site for a couple of years now and it would appear to a permanent 'promotion'.  The quality of the trailer is as per the price tag in it beggars belief that they can offer so much camper trailer for so little so I guess it should come as no surprise that there are some niggling quality control issues.  The locking mechanisms on our tailgate were so stiff that we broke one the second time we attempted to open it, we bent the locking tab out a little to relieve some of the stress and never had the problem again.  The carpet on the lid of the toolbox had come away and I suspect that glue had simply re-activated in the heat of the day.  This has been rectified.  The paint quality is also pretty ordinary I would suggest a can or two of aerosol touch-up paint and regular treatment with fish oil, which will be added to maintenance kit. 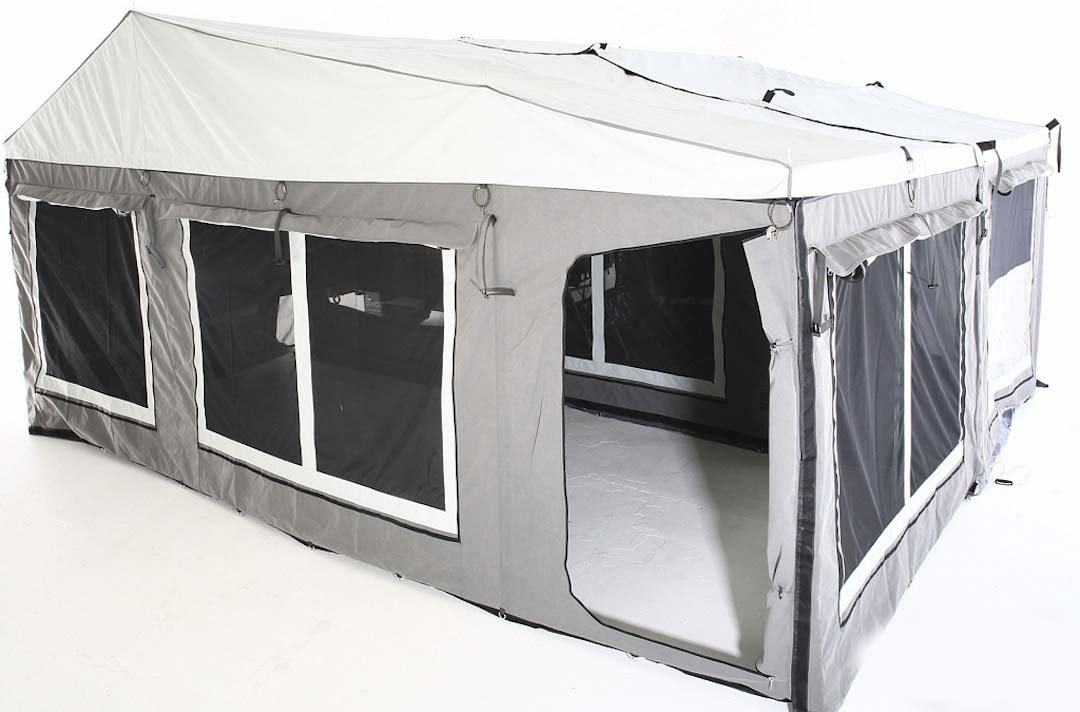 The Deluxe 12ft tent itself is a cracker and has enough room to be well comfortable, with only the two of us travelling we could spread out but we met other couples travelling with children and they had three kids sleeping in the main compartment of the tent, leaving the front annex area for use as a 'lounge/kitchen' area.  The tent is no different to any other we've owned in that setting it up for the first time almost leads to divorce and the first pack up almost leads to something much worse but once you get the hang of it it's pretty good.  The main body of the tent is quite heavy to pull out and fold away and for us was a bit too much on a day to day basis and we set a rule that we would only use it if we were in the one place for more than three nights.  We have a Coleman pop-up that we use for quick stays when we ad our review of the Coleman you can read about it here.  We met lots of younger people in our travels that set their camper trailers up and packed them down every day, so it's doable it's just not for us I'm afraid.  The annex of the tent was easy enough to set up but we have to date not used the floor that comes with the tent as standard or the front walls.  When your camping you're meant to be outside right?  One issue with the front annex is that the tailgate-mounted spare wheel causes a bit of grief in terms of installing the outside wall, but it is only a minor niggle. 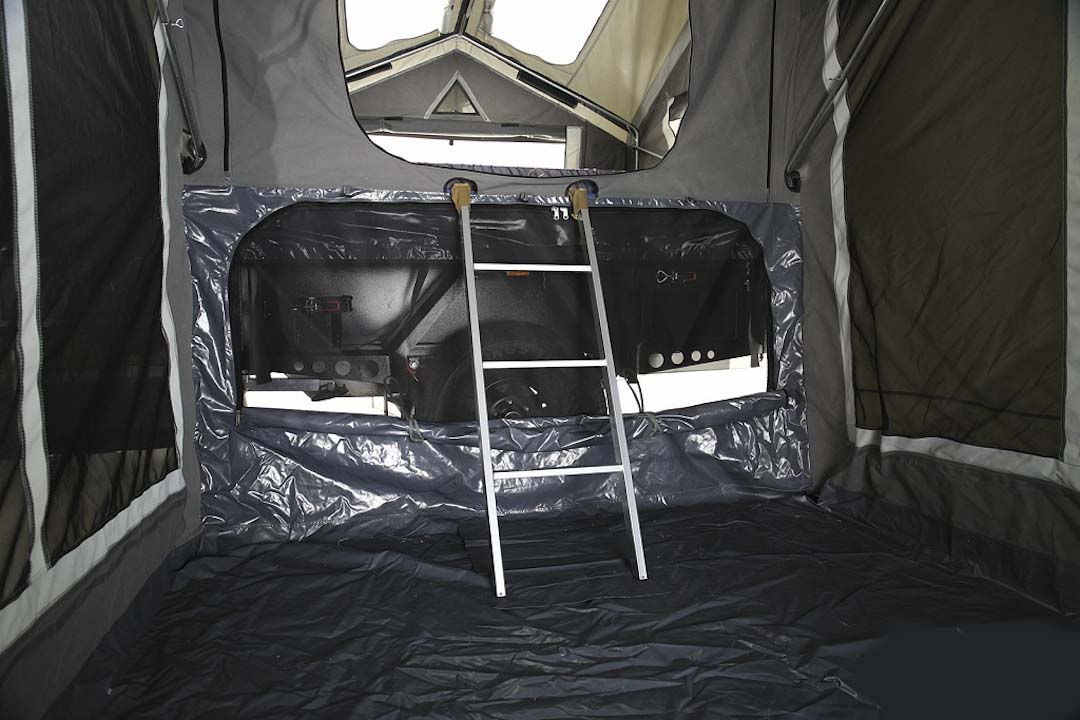 The total floor area of the tent with the annex set up is 5.35mts x 4.8mts so careful campsite selection is necessary, a level one also makes life easier.  We've spent many nights in the Deluxe tent enduring some pretty wild weather, from gale-force winds to torrential rains and we've never had a problem with leakage or it's structural integrity.

The trailer is rated at 940kg with a 1400kg GVM so it's not light and you can feel it when towing, which it does very well.  It has yet to cause us a moment of grief in terms of stability.

Overall we rate the Black Series Extreme Commando III as a camper trailer that offers extremely good value for money.  Would we recommend it?  If you are limited by budget then yes but if you can scrape to together the few extra bucks for one of their hard floor models then I can't help but feel that that would be money well spent.

We use a bunch of camping and travel related products in our day to day lives, find out what we think of them here. 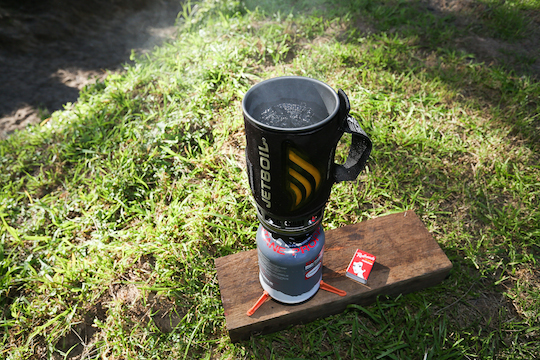 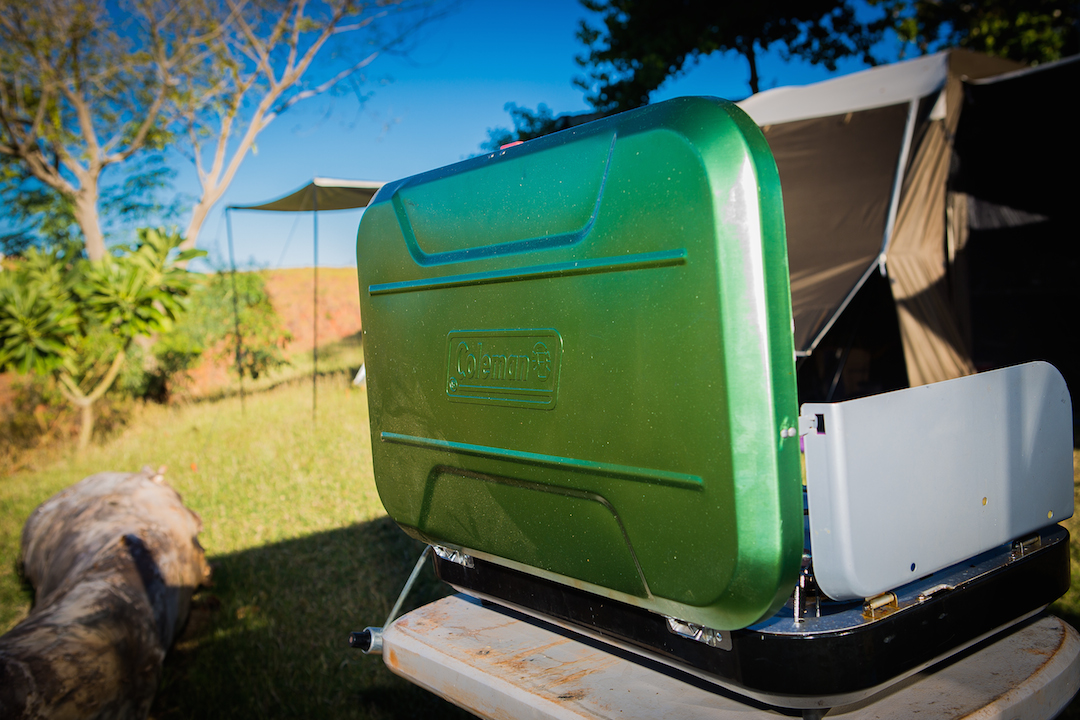 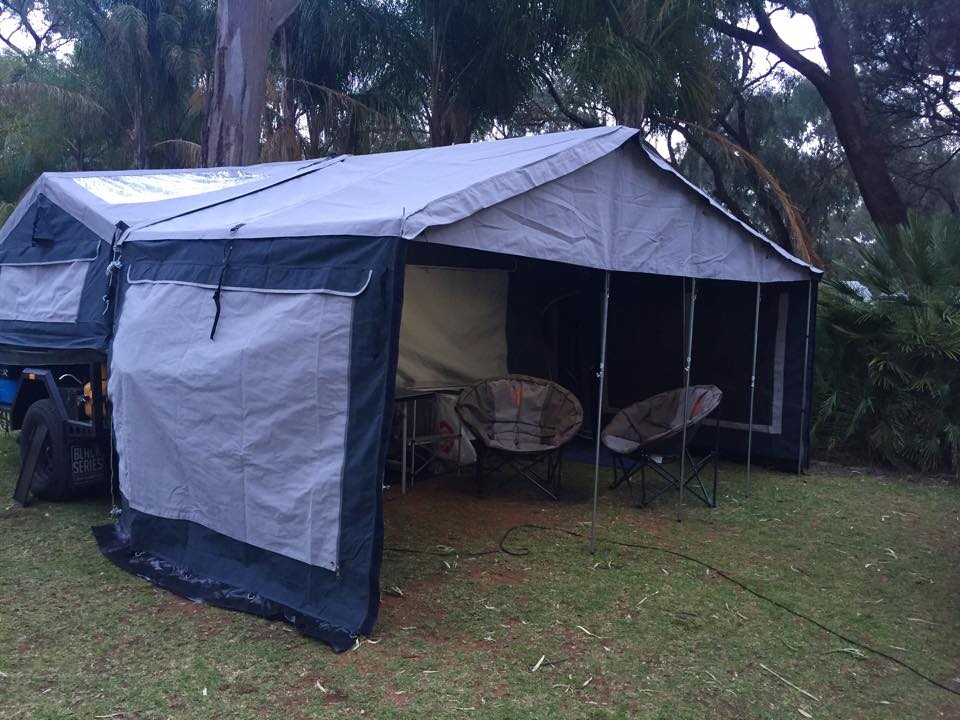 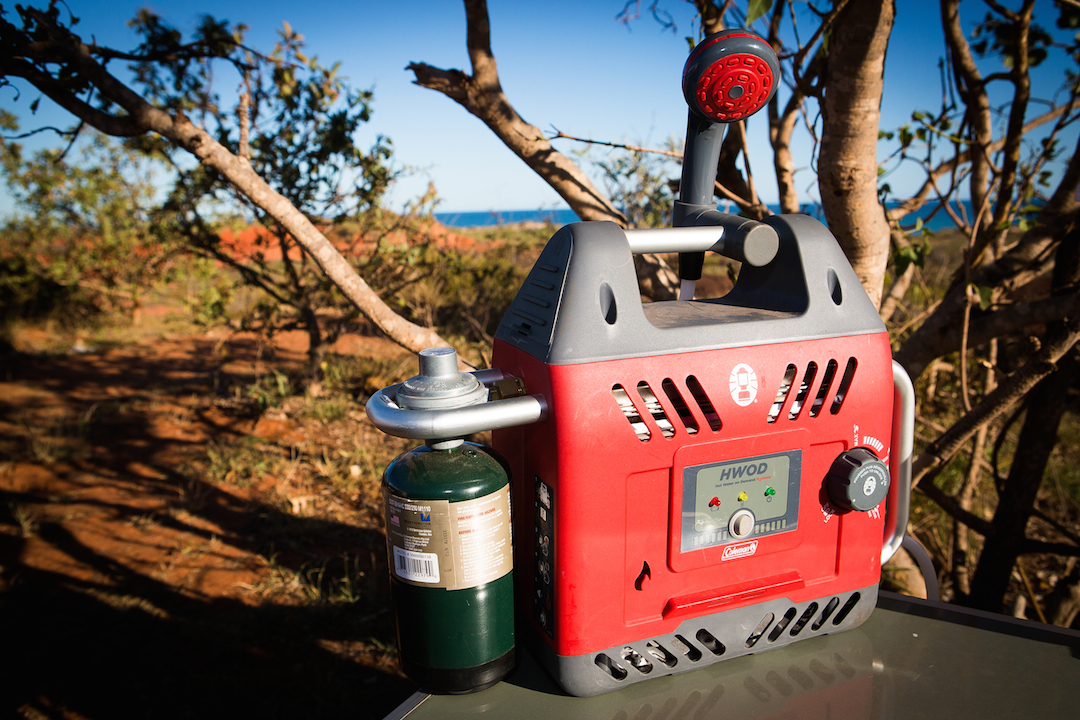 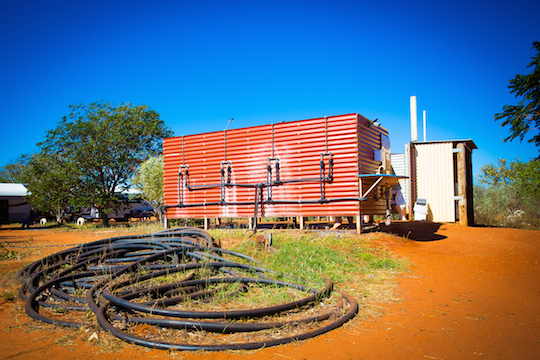 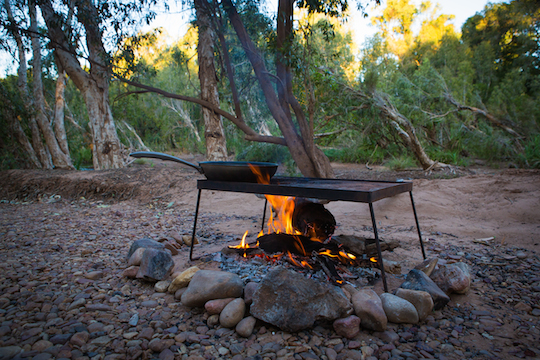 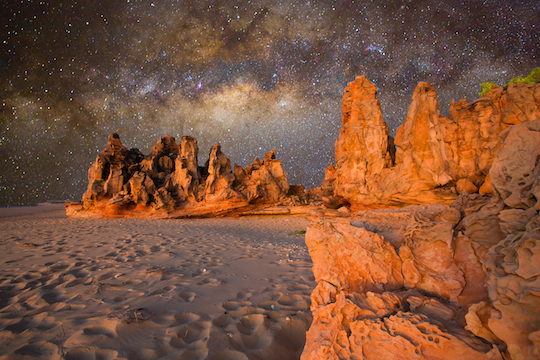 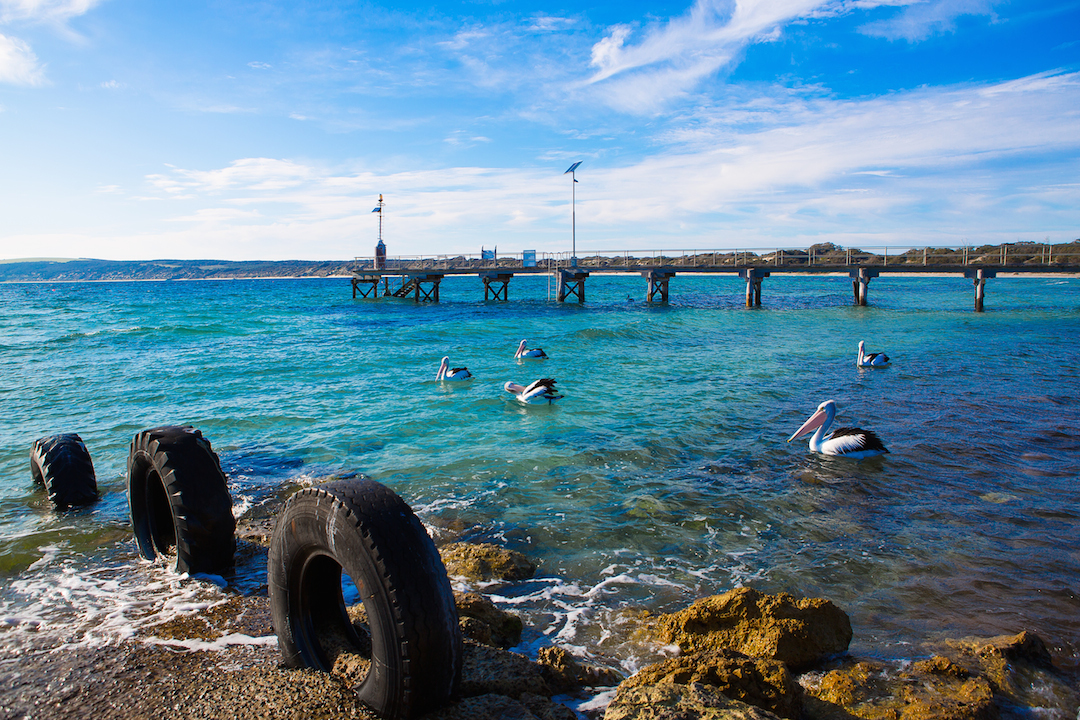 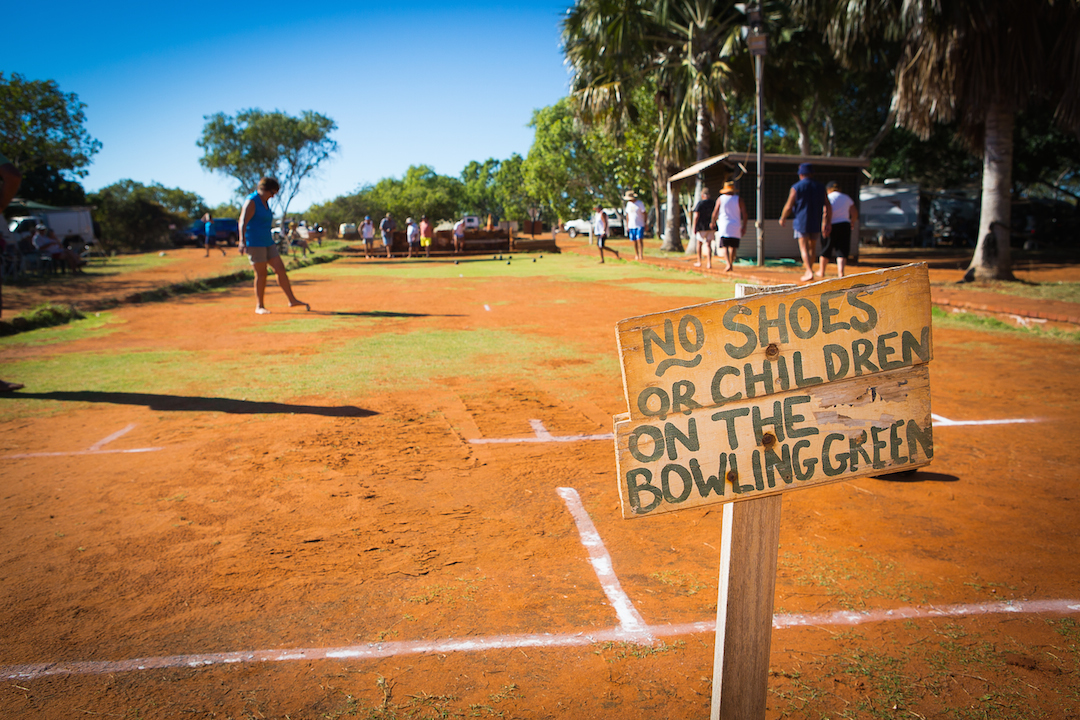 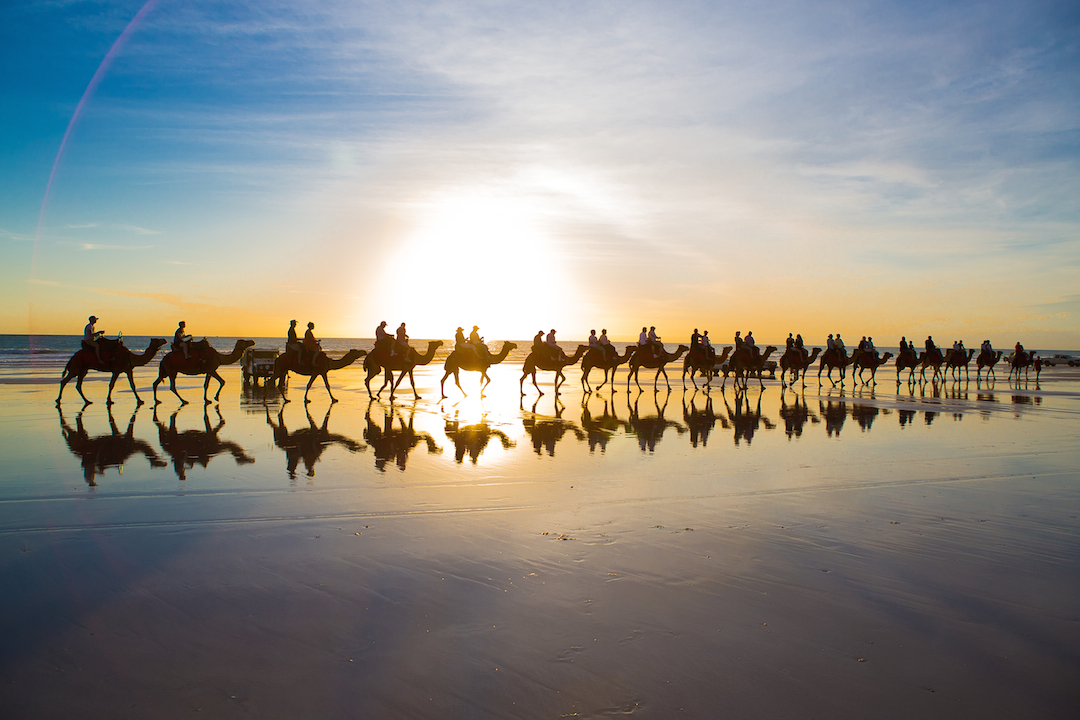